» The Trust » Our Story » The Original Birks Cinema 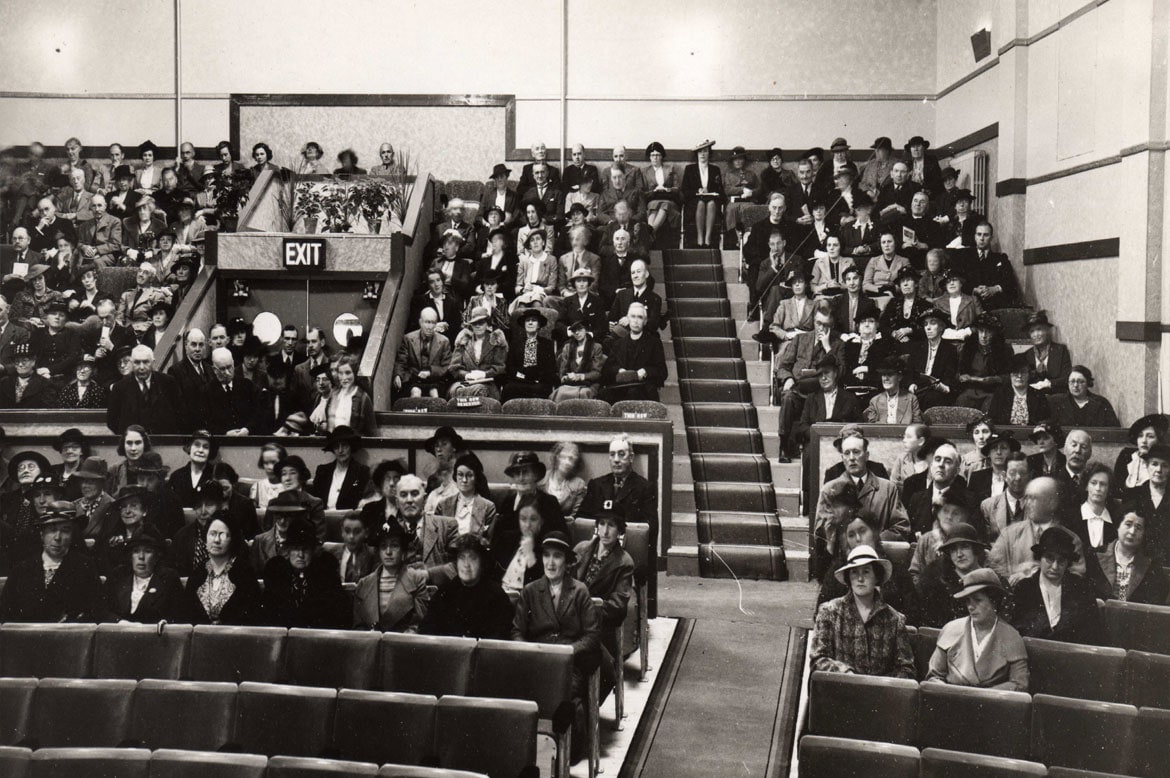 Local newspaper reports praised the new Cinema’s contemporary ‘Snowcrete’ exterior and tasteful cream, primrose yellow and green interior. The whole project had taken a team of 20 workers – most of them locals – just six months to complete and the story goes their names were sealed in a bottle built into a roof support pillar.

The cinema was named after local landmark, The Birks of Aberfeldy – ‘birks’ being Scots for ‘birch trees’ – a scenic tree-lined walk beginning in the town and made famous in a Robert Burns’ poem:

The cinema was much enjoyed by local residents for many decades – there are still great stories about childhood memories of jeelie jars full of sweeties, first romances and the characters who ran The Birks and brought big screen entertainment to a rural community.

However, uncertain times lay ahead… could The Birks Cinema survive the rise of television and home entertainment?