News of the Dead…

News of the Dead is a sublime Double-Bill event bringing together two of Scotland finest writing and film-making minds for an hour of fascinating discussion on some of the big issues of our time, identity, community plus special screening of a short, documentary/drama.

News of the Dead is a captivating exploration of refuge, belonging and identity told in three distant but onnected narratives by one of Scotland’s most acclaimed authors James Robertson. This event is an opportunity to meet him and the award-winning filmmaker Anthony Baxter, whose own intimate docu-drama of his journey with the author to the remoteness of Glen Esk premiered at the Edinburgh Festival last year.  It promises to be a fascinating evening in the company of two brilliant minds - author and filmmaker including a special screening of Baxter’s film.

"Several people I know have also read News of the Dead and we are of one mind:  this is a superb book … [and] not a book that anyone will forget quickly”

James Robertson has been called Scotland’s chronicler.  As an historian he is fascinated by how the past affects the present (and future) and how the present helps us understand the past. Also, perhaps more importantly, how our stories adjust and shift according to what is important at that time. His novels span centuries of Scottish history bringing new understanding to what makes Scotland what it is today. In News of the Dead Robertson considers what it means to be a nation which, throughout history, lost its people who left in search of better lives and is now welcoming those seeking to do the same.  How we adjust and welcome those people and make communities in modern Scotland is, for Robertson, one of the most important questions of our time.

Robertson was working on News of the Dead during the early Covid Pandemic and the novel further considers what happens to us when we have more time to think - how our priorities change with time passing.  He considers, too, the consequences of progress on history and the effect of small as well great events on humanity.  Robertson’s novels are the result of thorough and painstaking historical research and reflection.  To listen to and join in the discussion of these and the other themes in Robertson’s novels join him at The Birks Cinema…

Anthony Baxter’s film follows his journey with James Robertson to Glen Esk in search of a Pictish Stone cross.  He says,“While in the glen, Robertson reflects on how his own fiction is echoed by the reality of those hills today and what it is to live in a "remote" place. Intercut with the documentary, are short dramatic scenes filmed in black and white, that give the viewer a glimpse of the three interlinked stories of Robertson's book. In particular, the scenes feature a young ‘ghost girl’ who appears in the grand old house that has stood in the glen for centuries”.   Baxter has already won acclaim with Eye of the Storm the story of the landscape painter James Morrison completing a final painting before his eyesight fails and just before his death. 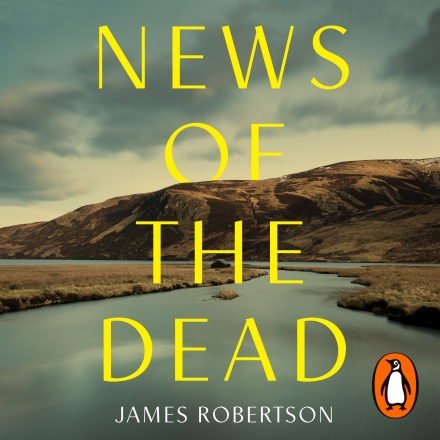